Gwent Wildlife Trust (GWT) has been protecting wildlife and working to educate, influence and empower people to understand and care about the wildlife where they live. Established more than 50 years ago, the Trust has 9,000 members and looks after 33 nature reserves across the county. 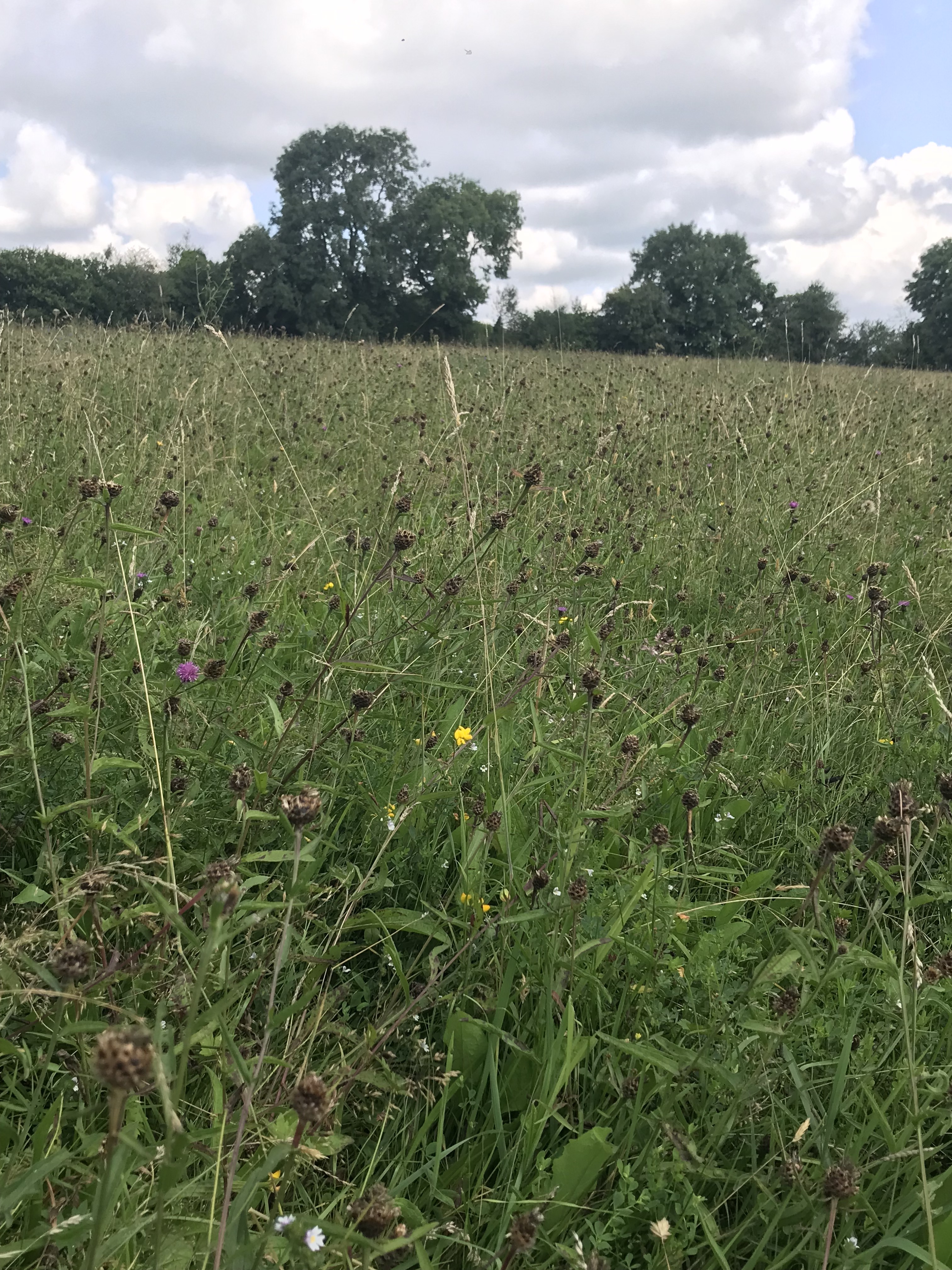 Pentwyn Farm, close to Monmouth and the River Wye, has one of the largest areas of flower-rich hay meadows remaining in Gwent. It was purchased by the Trust in 1991 and is designated a Site of Scientific Special Interest (SSSI). Running to a total of 11.5 hectares, it is also in a Welsh organic whole farm land management scheme.

In 2008, the Trust bought the neighbouring 40-hectare dairy farm and now manage the grass fields there in a way to encourage a richer biodiversity, linked to the Pentwyn Farm hay meadows.

“The cattle are an integral part of the grazing management,” says GWT Conservation Grazing Officer, Joe Ryder. “We keep them for their positive impact – offering a natural solution to wildflower regeneration and bracken control. The animals are the grassland managers here – working 24 hours a day.”

Joe buys organic, Pasture for Life steers, which have been reared purely on grass and forage, from local farmers at 12 months of age and keeps them for up to 36 months of age. There are usually ten to 18 in total on the farm at any one time.

The ancient hay meadows are shut up from early February until August, allowing all the flowers to set and drop seed. Wildflowers include early purple, green-winged and more than ten thousand common spotted orchids, along with knapweed, eyebright, milkworts, cat’s ear, rough hawkbit and yellow rattle, that all thrive on the nutrient-poor, clay soils.

The hay is mown and made into small bales by a local contractor and used to feed the cattle during the winter out on the farm.

The cattle also graze the hay aftermath lightly for four weeks, treading the fallen seeds into the ground to ensure germination and flowering the following year. The 50 or so Hebridean and Hill Radnor sheep follow the cattle, grazing the swards down even tighter to allow the light in for plant regeneration.

Bracken is an increasing problem, especially where it is encroaching from the hedges.

“It is very time consuming to cut bracken down by hand,” says Joe. “But the animals seem to like wading through it, perhaps deriving some relief from the flies that bother them, breaking the tough stems with their hooves.”

The welfare of the cattle is a top priority and the low stocking rate means there are rarely any veterinary problems. Joe does not use worming products that remain in the dung of the animals treated for fear of affecting dung beetles – which are an important component of meadow life.

A team of 20 volunteer livestock checkers visit the animals every day to count them and do a health check. They spend an hour with them and report back to Joe if there is anything of concern. This frees up time for Joe to work across the many other GWT sites.

Joe is a member of the Pasture-Fed Livestock Association and selling meat that is certified organic and Pasture for Life – meaning the animal has only ever eaten fresh and conserved grass and no grain, is important. He is grateful for the wealth of information and support from PFLA members, directly and through the organisation’s website, forum and study groups.

The cattle are selected for seasonal meat boxes at Easter, in summer and autumn and at Christmas ,and sent to Broomhall abattoir in Gloucestershire. The carcasses are cut down and packaged into 10kg and 5kg boxes by local certified Pasture for Life butcher Simon Cutter at Model Farm Shop just outside Ross on Wye.

“Selling our meat directly to around 10% of our members is a great opportunity to invite them to visit the site and to talk to them about the role cattle have played in preserving the traditional meadows. We explain why we have them and how they are vital for helping maintain the wide range of wildflowers and wildlife. Without livestock the meadows are pointless – they would just be gardens.

“And they know the money they spend on the meat goes back into the Wildlife Trust and further supports our work here.”

Other ongoing projects at Pentwyn Farm include a 20-acre permanent wood pasture site, which has been developed at the bottom of the hill, close to the River Wye. Planted in 2005, cattle will be allowed to graze between the trees next year, which may provide useful shady grazing in July and August. It will be interesting to see what effect this has on biodiversity.

“The importance of grassland is now being more widely recognised and I believe it has a really interesting future,” says Joe.

“We also want to improve access for the public, so they can also enjoy a rich and varied meadow-scape, teeming with wildflowers, insects, small mammals and birds, from swifts and swallows to red kites and peregrine falcons. It is all a balancing act – but by doing what we are doing, we can hopefully provide the evidence for the best way this can be done.”